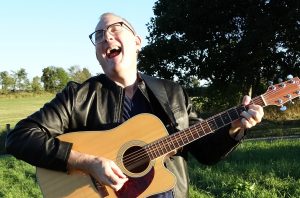 An Important Announcement and

Wow! It’s the last day of summer! BOOM! The 2016 Summer Challenge is complete. Wowie Kah-zowie! Whoosh! That went by fast!

I’ve been a little scarce because I’ve been reflecting on a couple of amazing days and an amazing close to the Summer 90 Day challenge.

My dear friend Michael Guerin was up visiting me the last few days. He came up Sunday evening and left around noon yesterday. We talked some seriously strategic business stuff and started gearing up for not just the next 90 day challenge but for the next 2 as well.

The next big challenge for me is to seriously relaunch and expand my Bullying Prevention School Assemblies with a focus on Middle Schools and High Schools. This is a program I’ve been developing since 2010 with Mike’s help. I’ve traveled as far away as Texas and Arkansas with this program and I’m scheduled for Connecticut and South Carolina in October and November.

I love this program because it allows me to

I’d set it aside for a bit while I was pursuing some other projects, namely 4 new CD’s, a steady gig at Unity and teaching my NLP training (among other things). But the time away from the program has kind of been like my setting the French horn down over the summers back in high school.

Coming back to it now, it’s fresh and exciting again.

And today I have an even larger arsenal of tools, tactics and transformation tunes to employ in the quest for connecting deeply with kids who might honestly need some help in dealing with social adversity and interpersonal conflict.

It hit me the other day that what most people (the media especially) call “bullying” is actually “adversity”.  That to me is a powerful reframe.

It’s simply part of life that we don’t seem to give kids actual tools for coping with… more about that soon.

I’m also working on two new songs… and very pleased with the last 2 that Joe Mennonna and I recorded over the summer: “Rain” and “People Judge A Book By The Cover”.

Speaking of songs and music, I just put tickets on sale a minute ago for November 19th. It’s probably too soon.  I’m still waiting to hear back from a few of the musicians.

Here’s the link to get your tickets first:

I really want you to be there to experience it. It’s going to be fabulous… It will also be the last concert I self promote. Maybe ever. At least for a long time. Because while I’m a pretty damn good songwriter, I’m HORRIBLE at this self promotion stuff. Getting the butts in the seats has never been easy for me. It feels a lot like ADVERSITY! :o)

I absolutely hate asking people to pay money and come out to see me play my music.

It’s old stuff. It feels like high school and I’m asking the prettiest girl in the school to the prom knowing 10 other guys already asked her and her father won’t let her anyway… ;o).

I know you’re busy. I know you have 1,000 other things you can do with your Saturday night, November 19th. But I would deeply, deeply appreciate your presence at this event. And while it’s kind of hard for me to ask you to spend money to come out,  I’m going take a deep breath and invite you anyway.

BTW The money will 100% go to the musicians, the video crew and the recording studio.

And this is important to say: It will be as much YOUR concert as mine. We will be singing songs that only sound right if YOU sing along on the chorus. You don’t HAVE to of course. BUT I hope you will want to, because it will be a hell of a lot of fun.

And I’m bringing in some amazing musicians. I mean SERIOUSLY AMAZING MUSICIANS. I’m calling them, “The Rogue Mystics”. And they are my dream band and just one result of my personal 90 day Summer Challenge.

Here’s the lineup so far:

But to get back to Michael Guerin. The point of this post is that we HAVE to be able to collaborate with other people if we truly want to explore our own potential. And that’s not just good advice, it’s a “Law” of the Universe. We ALL need it.

Mike and I have been meeting once a week since 2007 (almost 10 years). He originally came to work with me to overcome some significant anxiety he had about using the phone… He was one of those clients that totally APPLIED my anxiety crushing tools and as a result he blasted through his “blocks” and started seriously building his businesses… over the phone.

And now we mostly talk on the phone, but back in New Haven CT, we would meet every Monday and just help each other out with our businesses. We were both “solo-preneurs”. And the isolation and loneliness was kind of grinding us down. We are not business partners. We are business collaborators. We check in with each other. Hold each other accountable. Challenge each other. Listen to each other. Run ideas by each other.

And in essence its the same process as making music.

Each musician is complete and whole. Perfectly capable of making music solo.

AND when we come together in a spirit of harmonious exploration, AMAZING music happens. When 2 or more are gathered there IS an entirely different energy that gets created. It’s a Musical Master Mind.

And that’s what I would love to share with YOU on November 19th.

So tickets are on sale NOW. There are only 60 of them. And several of them are already spoken for.

I hope you will join us. Please don’t procrastinate about this. This is really a once in a lifetime event and I’m going to do my utmost to sell every single ticket as soon as possible.

I really want you there. You and I and these awesome musicians will remember this for a very, very long time. So go ahead and click the link below and take action now ok?

Get Tickets! – Mark Shepard and the Rogue Mystics First and Last Concert