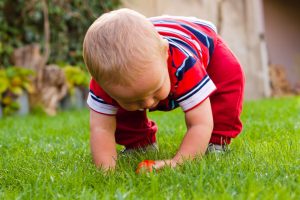 If At First You Don’t Succeed…

What I realized after I hit send yesterday, was upon reflecting on EVERYTHING I’ve ever learned of significance is that the same pattern repeated itself.

In Neuro Linguistics we call this a “learning strategy”.

And each of us has a specific unconscious strategy for learning (for everything else as well, from brushing our teeth to falling in and out of love to knowing when it’s time to buy shoes or a car etc).

So as I reflected back I focused on how I learned to drive a car.

Same thing. I attempted to learn for a while and then quit. Tried it again. Quit.
First my dad. That didn’t go very well… Then my mom. That went a bit better…Then my sister. (If SHE could do it then I could do it too). It seems like for me, the third try is the charm.

I also remembered when I decided I wanted to write songs.

There were 3 years of attempts. And in particular I remember singing into a cheap cassette recorder and being HORRIFIED at how BADLY my voice sounded.

So I promptly gave up.

So that’s part ONE of this Master Your Mind For A Change Episode.

The Take Away Point for YOU:
We each have a PROCESS we use when learning new things.

We call it a Learning Strategy (I go into this a lot more in my NLP trainings).

But remembering and realizing THAT brought up an interesting little bit of unconscious “Programming”.

I’m reading Robert Cialdini’s just released book, “Pre-Suasion” which is all about how we can be influenced or how we can influence ourselves by what we focus on or what we are being deliberately focused on BEFORE a desired behavior.

Most of that kind of influence is kind of sneaky because it is outside of our conscious awareness.

Well, along those lines, as I remembered how frustrating it was learning to ride a bike, and learning to drive a car, I suddenly also recalled that one of my Mom’s favorite “playful” sayings was

“If at first you don’t succeed….
[here she would pause and instead of delivering the expected “Try, try again”, she would smirk and say] GIVE UP! Ha, Ha, Ha,”

And How many times I wonder did I hear that growing up?

So I’ve noticed that my own unconscious response to something not working out the first time is to actually follow my mom’s unintended hypnotic suggestion and stop TRYING.

Hmmmmm is THAT why I tend to give up EASILY?

So the point is, we are all being unconsciously affected by influences that we might not be aware of consciously (which is what “Unconscious” means).

In other words we are all being hypnotized to some degree in our lives.

So once we can bring these patterns up into our awareness then we can take specific steps to change the patterns or programs that are going “click, whirr, buzz” in our minds.

I can look back at my life and see repeated areas where I took action and then stopped… backed away… and focused on something else… only to get stopped THERE as well…. and to back away… and then eventually work my way back around to the first thing and move THAT forward until I meet resistance… then step back… and switch to the next thing and so on…

I would basically play it during the school year from 8th grade to 12th grade. Every summer I would put the damn thing away and not touch it for 2 full months.

Now I LOVE the sound of the French Horn but it is an extremely difficult instrument to play (for me anyway).

The weird thing was that I noticed EVERY September, I was actually better than I was before I put it away for the summer.

By LETTING GO of the pushing and striving it seemed like my neurology was able to integrate and implement the things I was attempting to improve that just didn’t seem possible when I was consciously working at it.

But setting it aside and releasing the pressure or the tension somehow allowed me to make progress…
away from my hyper critical CONSCIOUS mind.

Hmmmmm…. Sounds a lot like the “spiritual concept” of NON-ATTACHMENT and “BEGINNERS MIND”.

So for YOU today….

Because all of this is actually about YOU in case you haven’t figured that out yet.

Once we discover our secret PROCESS for doing something it allows us to USE our unconscious strategies consciously for our benefit.

So the next time I hit a wall in an attempt to learn or do something new… I can realize that I’m going to want to quit pretty early on. And I can either USE that to take a step back and focus my conscious attention somewhere else for a while with the CONFIDENCE that my unconscious mind is still working on integrating the new thing… or I can gently stay in the process of experiencing the desire to quit and gently urging myself to “stick with it Marky… This is just your normal learning process.”

Did YOU learn how to walk on the first try?

Ultimately it all boils down to the old Henry Ford quote:

So today, Your assignment (should you choose to accept it) is to learn something new. And see if you can notice how you do that… so you can do it more…

Here’s a song for your transformational soundtrack.

p.s. If at first you don’t succeed…
How do you know you didn’t succeed?
Maybe you DID succeed in some way?
What if we focused on THAT?