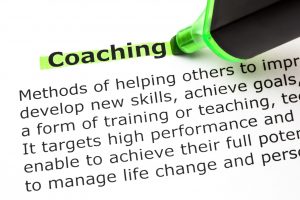 Coaching and The Law of Environmental Exposure

But first these important Surprises for you:

The Law of Environmental Exposure

Is this all there is?

Is this the life you really want to be leading?

Are these the people you really want to be spending your time with?

Are these the thoughts you want to be thinking?

If we create our reality with our thoughts, and studies have proven this, why not begin today to practice emotional and mental hygiene?

The Law of Environmental Exposure stipulates that we will make an income which averages the amount of the 5 people we hang out with the most. So the collective thoughts and actions that you and other people think while you are hanging out around each other makes a difference.

Every parent knows the power of their kids friends to make or break the success of their children. In fact studies show that particularly in the teen years, parental influence is DWARFED by the influence of PEERS.

But that influence doesn’t stop in high school.

Who are you hanging out with these days? Are they pulling you up? Or are they dragging you down?

Case in point, Bedros Koulian, one of the multi-millionaires I hung out with in California 2 weeks ago told me that the day he was chased by the police in helicopters was the day he decided he needed to hang out with a different group of guys!

He gave it all he had and it was his association with one of his wealthy training clients who helped him see a bigger picture for his life. That wealthy client was his first real mentor. And he has gone on to create one of the fastest growing fitness franchises in the world.

MY mentor Jason, pays Bedros $4,000 a month for coaching. And I’ve watched Jason, who just turned 27, transform from a 23 year old punk dating coach to one of the most powerful and dominant, well read, well spoken and wealthy “self made” men on the planet in 4 short years. What’s cool is that HE is teaching the same stuff I teach but he had better coaching than I did :o)

I was originally attracted to his message because he was reading the same books as me. But he had something else. He had coaching and support from a master mind that pushed him, supported him and believed in him.

So he’s now MY coach. And I’ve invested significantly in that for the next year.

I can usually help my own coaching clients to dramatically increase their incomes and peak performance levels.

BUT I NEEDED A COACH TOO!

No matter how advanced or successful you are you need to be challenged and encouraged and more than that, you need to be in close physical proximity on a regular basis with real, live people who are actively engaged in building great lives, businesses, relationships and health.

Have YOU considered hiring a coach? If not you might want to start thinking about it.

You may not be ready for this yet but I do have an opening in my schedule for a single additional coaching client for this next 90 period. Contact me here to apply (serious inquiries only please).

The question in my mind lately is how to save time getting to where I want to go. I’m 55 years old. I have 500 songs that are pestering me to be heard. I have ideas that need to be shared. I have lives I’m being “called” to change.

And for me the biggest shift of this last 90 day challenge is that I’m ready to join the big leagues sharing my music, my message and my method with the world. There are 26,000 plus high schools in this country. And every one of them has an audience hungry for hope and inspiration. My next big challenge is to take the Transformation Nation THERE. It starts in California and Connecticut in October and then I head out to South Carolina in November. Things are moving fast!

I would like to invite YOU to join me on this adventure with your own challenge. It’s not for everyone. But for those of you who are ready to truly step out onto your path with heart, we are going to have a blast. And we are gearing up for the best 90 day challenge EVER.

So today your assignment is to make a quick list of the changes and improvements that you went for in your last challenge. And as we wrap it up in the next week and begin to set our sights on the next 90 days or so (October-December), pay special and close attention to the people you have been associating with.

If you have friends who support you and believe in you check in with them. See if you can support and believe in THEM and set some accountability goals with each other.

For example, I just had a wonderful day Saturday climbing a mountain with my oldest son Andrew and we charged each other up. He’s starting his own video production company and creating original video programming and really pushing himself to learn editing, directing, acting and video production.  One of his friends noticed he’d been talking for a while about taking an improv class to work on his own acting skills as well as to meet potential actors for his videos. She challenged him to stop talking and start DOING.  “Go for it! Join an improv class!”, she dared him.

So HE TOOK IMMEDIATE ACTION. Even though he was shaking, he signed up for the improv class online before he got off the phone with her. BOOM!

Another example, I just had a great conversation with my 89 year old dad and he’s making some significant changes in this area as well. He was doing a bunch of volunteer driving for the Department of Social Services and the passengers were all really unhealthy, self destructive, unappreciative, negative people. I said, “Dad! are you going to waste another moment of your precious last THIRTY years on this planet with a bunch of people who frustrate and annoy you?” :o)

BOOM! He took action and he’s carefully evaluating who he wants to spend his time with in all the areas of his life.

Who are YOU spending most of your time with? Are they lifting you up? Or are they pulling you down? And are YOU lifting THEM up? or Pulling them down? I hope you are lifting. That’s what WE do here at the Transformation Nation.

If not start today.

You next 90 days could be simply AWESOME! Let’s do it together ok?

As your reward for reading this far, here’s the new mix of “Rain”.