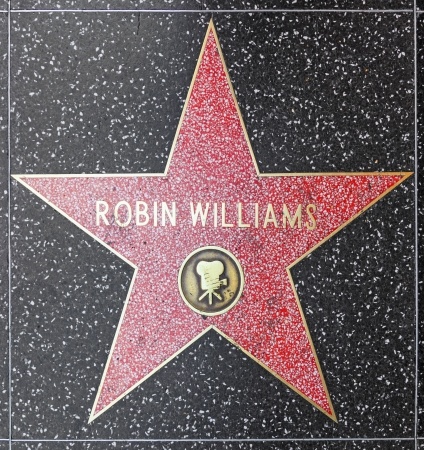 Here’s the video: (Of course I had some more to say so I wrote more below the video)

First of all, it is a PROCESS. It is a pattern of thoughts, images, self talk and feelings. If you want you can think of it as similar to a computer program that has turned into a virus. It runs and then replicates itself. Over and over. Until it seems that the only way out, the only way to stop it from endlessly looping and repeating, is to unplug. Unfortunately Robin Williams chose to unplug and ended his life. We grieve because he brought so much joy to so many people. We grieve because he seemed to have all the things that we think would make us happy if we had them, fame, fortune, a healthy body. But we don’t know what he was truly going through. We can only imagine based upon the times when we too felt so down and discouraged and hopeless that we wanted to quit.

We don’t want to hear that we are creating this horrible pain with the hopeless and helpless thoughts we are thinking, the dark, grim, images we are running on our mental movie screen, the harsh, critical, abusive things we are saying to ourselves. We WANT it to be some genetic disease or pre-disposition so we don’t have to face the truth: this is an inside job. Depression like anxiety is NOT something we HAVE. It is something we DO. With our minds.

The bottom line is that our thoughts have tremendous power to create our internal state of being.

At a CRUSH anxiety workshop I taught, I urged the audience to imagine floating out above their future timelines and lighten everything up. Shine some light out into their future. A man in the front row raised his hand after the exercise and said, “I hadn’t realized up until now that I have felt so depressed for so long because I didn’t even have a future. It was just a black hole.”

He was depressed because beneath his conscious awareness he was representing to himself a future that wasn’t just depressing, it was barely even there. You could say that he really didn’t have a future. Just a black hole. According to him, when he lit up his future he felt positive and hopeful for the first time he could remember.

That’s not me saying, “hey it’s as simple as lighting up your dim future!”  That was an actual person who was actually suffering from depression telling us that lightening up his future actually helped him to feel better.

But we spin our wheels for years in so much pain without realizing that we are the ones thinking our thoughts. If you truly understand what I have just said you also understand that you ALWAYS have the power to choose different thoughts, different images, different things you can say to yourself, different feelings in your body. Always.

That’s not a popular notion. It seems a little bit harsh doesn’t it? It seems like it is stating, “Hey, if you’re in pain it’s your own fault!” But the sad truth is that we haven’t been taught how to run our minds. We are basically inheritors of the way our parents and other early childhood role models processed their worlds.

I don’t know why this is so hard for us to grasp. To me it is the best news I can imagine!

If I am the one making myself miserable by the thoughts I’m thinking, the pictures I’m focusing on, the things I’m saying to myself etc, then I CAN CHANGE THOSE THINGS AND GET A DIFFERENT RESULT!

To touch a bit on the “G.A.M.E.”* theory that I’ve been playing with lately, it’s like we are all playing a virtual reality game where no one tells you the actual rules. One of the hidden rules is that you are creating all of this with your mind. We don’t even realize we are playing a game. But like some people who quit a video game or board game if it gets too hard, some of us elect to quit. I remember getting so frustrated playing monopoly with my older sister that I just threw the damn board and all the pieces and cards and play money across the room! “If I can’t win I’m not gonna play. Nyah!”

There have been times when I felt like I couldn’t take it any more either. I have felt hopeless and helpless to change. So I deeply appreciate and respect the pain Robin Williams must have been in. I deeply and completely accept and respect those of you reading this who might also be struggling at this moment in your life.

I can only urge you to take me up on my challenge. Write down every single one of your depressed thoughts and turn them around and ask them with a “Why” question.

For example, “This ALWAYS happens and I can never stop this problem” turns around to: “Why Does this old pattern STOP. Why do I START creating a new pattern of hope and empowerment now?”

If you catch yourself spinning a dark dim future out in front of you. Shine some light into it.

I know it sounds like some quick and easy platitude. “Oh just think positive thoughts…”

But the reality is it takes persistence and hard work to consistently find and replace these negative thought viruses. And  a lot of them are unconscious. By unconscious I mean “running in the background outside of your normal awareness.” Sometimes it is painful slow work. But it is the only true solution. Drugs just mask the issue. Talking about the problem just brings it more into focus and reinforces the pattern. “Suicide,” as someone said the other day, “is a permanent solution to a temporary problem.”

I have often said that there have been many times when writing a song and being able to articulate the sadness and pain I was feeling was a true life line.

And it is often the most talented and creative of us who feel so deeply and think in ways that don’t exactly fit with the way the world works… Is it that artists are more prone to depression or that people who have POWERFUL imaginations fall into the habit of using that imagination to create I-Max movies in our minds of dark, grim, hopeless scenarios?

All I know is that I wish you the best. I wish for you great joy and true feelings of wonder and appreciation for this amazing world we are currently experiencing physically.

Drop a powerful positive why question into your unconscious mind and repeat it all day. My favorite mantra is “Why Does it work out better than I can possibly imagine?” I can’t tell you to say it. That will just piss you off if you’re depressed. but if you are depressed you have nothing to lose by giving it your best shot. Write it out. Chant it. Sing it. Repeat it and repeat it over and over again.